To Place an Order See the Buy Now Buttons below or contact me via zeropointzap@gmail.com
If you are already a client and have my number you can call to order.
Since I do not have a Shopping Cart, yet, I may need to create a custom invoice for you.
I just added a Buy Now button for the 200g and 200vegcaps violet glass jars. Shipping is
$12 on either jar. For two jars, Medium Flat Rate $17 combined but ask for Custom Invoice.
I can also create a Custom Invoice for you, if you do not see the combination you want.

I do not sell Zeolites internationally due to the high cost of shipping the glass. You can order them
directly from Germany, if you are outside the US. I can provide you the link if you contact me via email.

For Combined Shipping with a Wand tell me via email
I can create a Custom Invoice for you since I do not have a shopping cart yet.
If you live in the US, I can use the Medium Flat Rate Priority Box for wand kit and zeolites for $20 combined 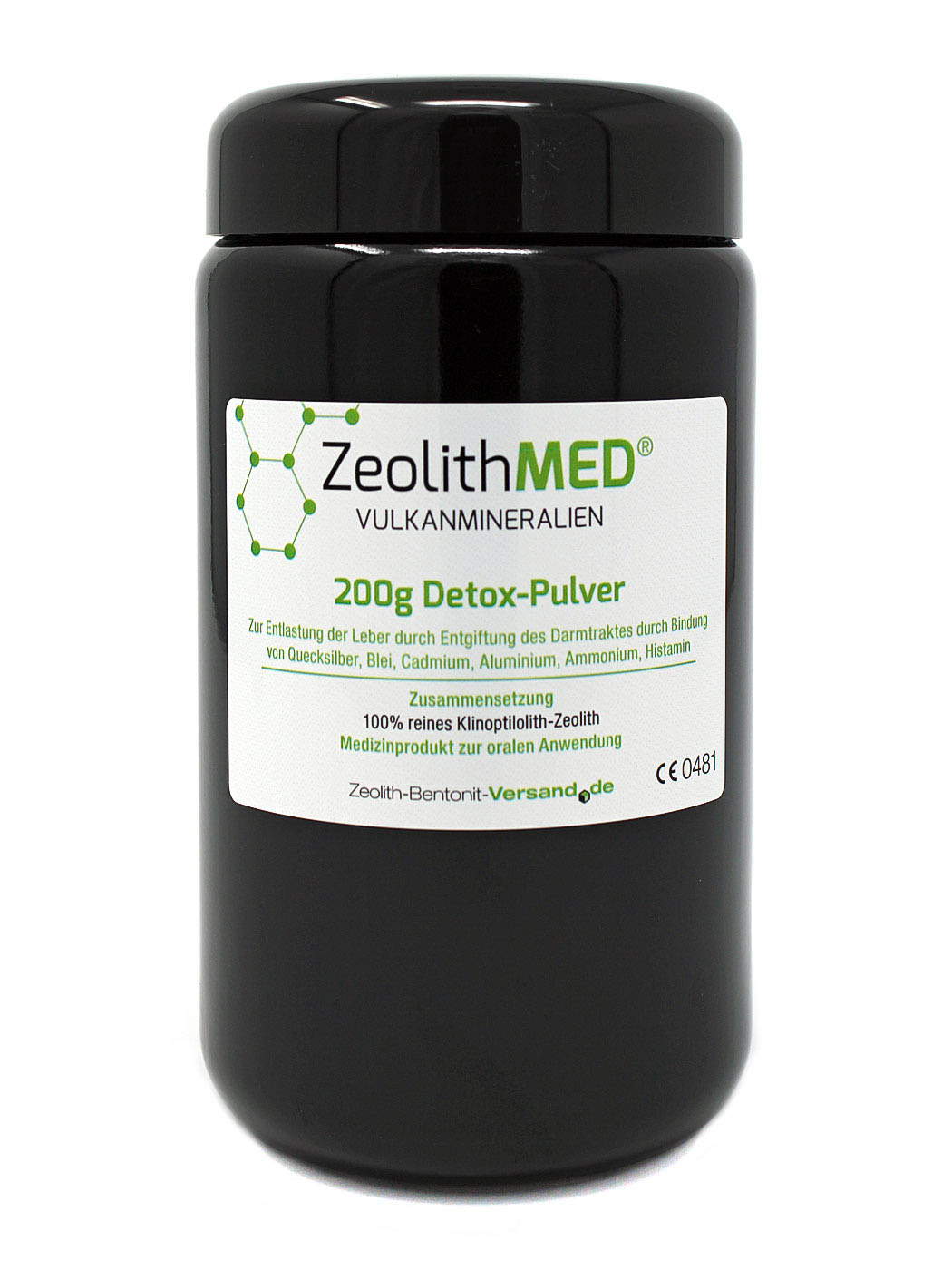 for both of the jars are also available 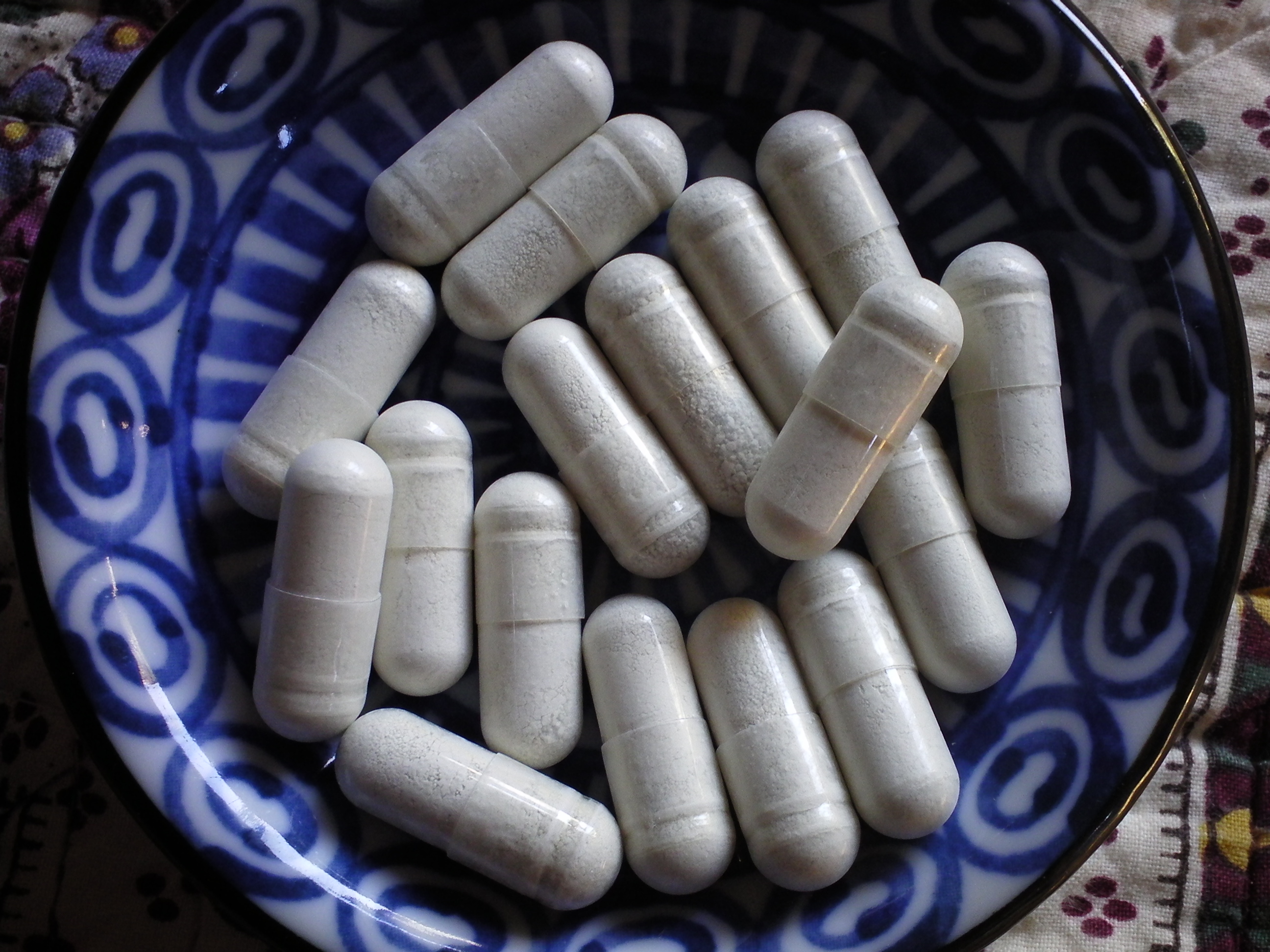 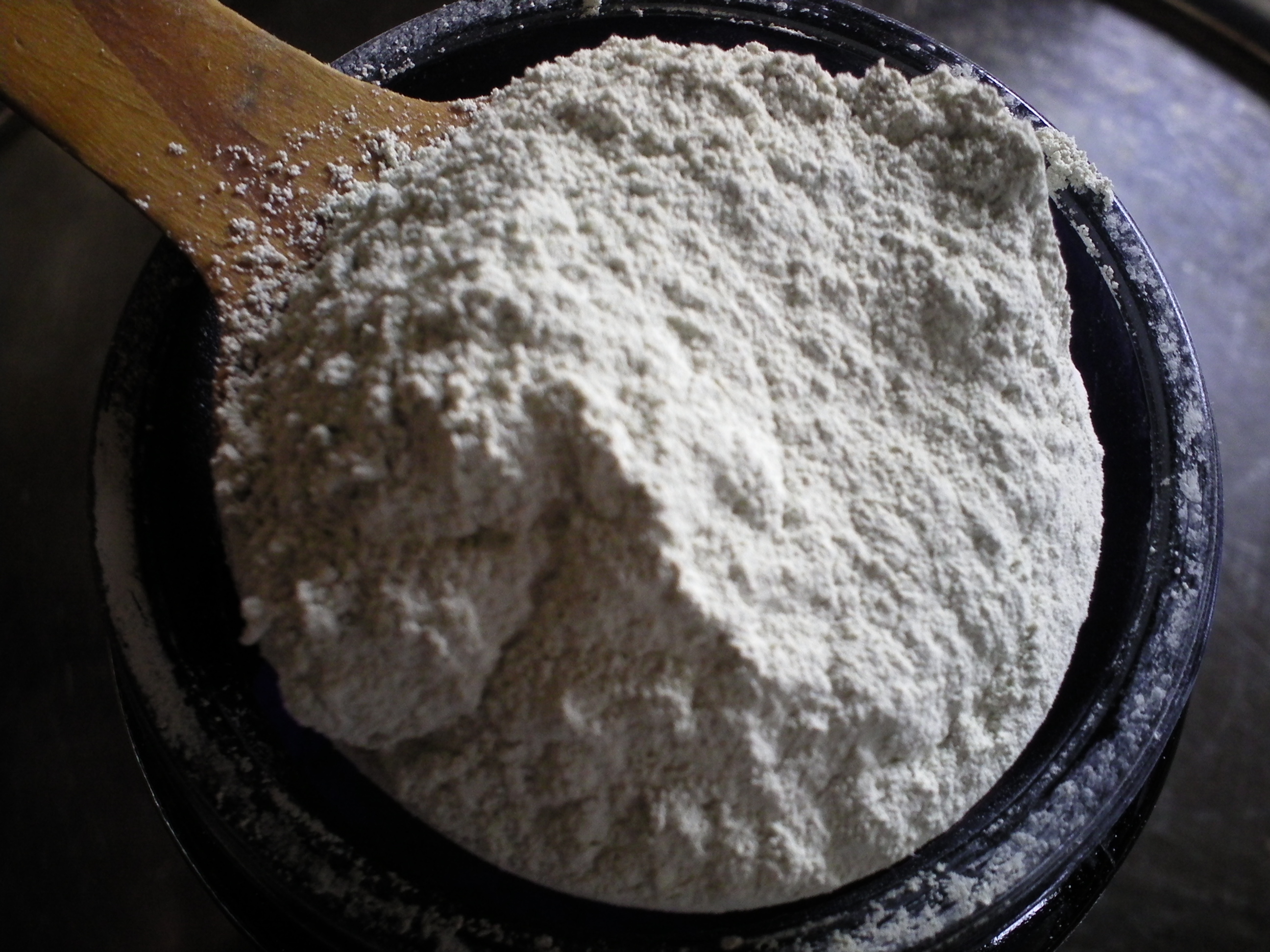 
What are they and what do they do? 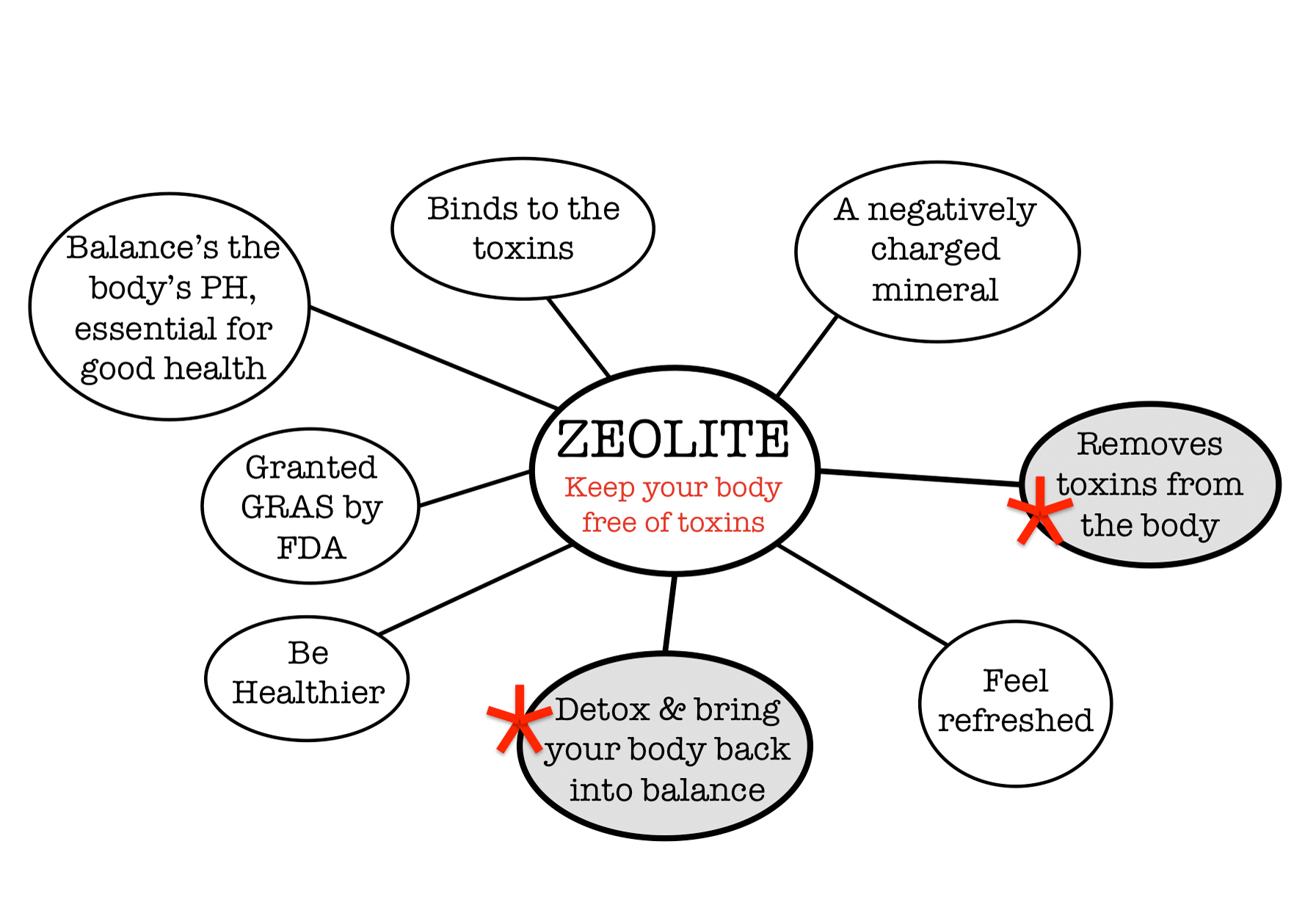 t for detoxifying the human body.* For over 800 years, the powdered forms of specific zeolites have been used for traditional remedies in Asian countries (India, China, and Russia) to promote overall health and well-being in humans. Zeolite mineral deposits form wherever volcanic ash meets alkaline water (lake or marine) due to a reaction that typically proceeds over thousands of years. To date, around 50 types of natural zeolites have been discovered. Of these, clinoptilolite (all references to zeolites here refer to clinoptilolite) is the type suited for the broadest use of applications because of its hardness and ability to be ground finely to achieve a small particle size. Zeolites have no nutritional properties, as they cannot be broken down by the body. Like other zeolites, however, clinoptilolite has a honeycomb or cage-like structure with a negative charge. When consumed, clinoptilolite is able to attract the positively charged toxins in our GI tract into its ‘cage.’ These toxins are effectively trapped in this cage – they ‘check in,’ but they cannot ‘check out’ – and then safely carried out of the body through the bowels.*

In documented long-term studies with natural clinoptilolite powder added to animal feed, the animals showed no decrease in serum electrolyte levels (Ca, Mg, K, Na, and PO4). This, combined with 800 years of consumption in Asia and some preliminary human studies, strongly suggest that zeolites remove toxins in humans, while leaving healthy minerals intact.* There are now over 200 published independent scientific papers demonstrating beyond reasonable doubt that powdered clinoptilolite consumption is safe, non-toxic, and provides many important benefits in both humans and animals: 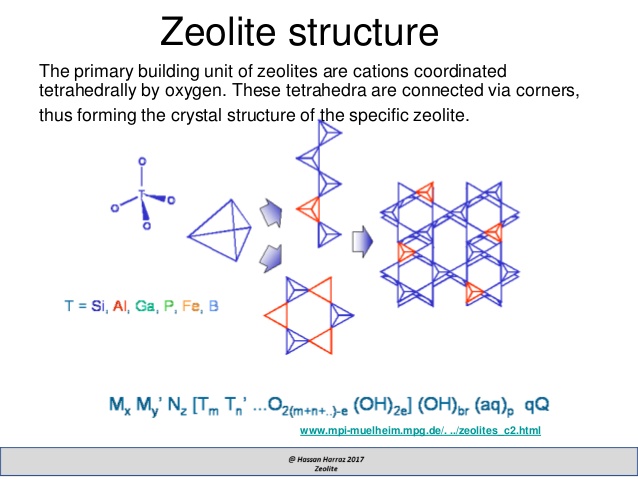 Helps to alkalinize the body by adsorbing and removing excess hydrogen ions from the blood.*

Acts as an antioxidant by directly adsorbing and removing free radicals.*

Anecdotal testimony indicates that zeolites may help to promote a sense of well-being, clarity, and happiness.* This is probably a result of the removal of toxins and possibly, as suggested by some research, the ability of zeolites to increase serotonin production.*  One study suggests that zeolite helps relieve depression.*

Testimonials report that zeolites decrease symptoms of allergies, migraines, and asthma.* It is therefore reasonable to assume that zeolites have the ability to capture the antigens which trigger these conditions.

of use in Asia suggest that zeolites may be an effective detoxifier for prospective and nursing mothers* – once the toxin is locked up in the zeolite cage, it can no longer interact with body tissues. More research is needed to confirm this.

Very effective at neutralizing radioactive isotopes,* and were used to clean up after the Chernobyl disaster in 1986. Huge amounts of zeolites were used to construct protective barriers around the Chernobyl reactors and to clean up soil in affected agricultural areas. Also, children in the area were fed cookies and biscuits with powdered zeolites added to help remove radiation from their bodies, while dairy cows were also fed zeolite to remove radiation from their milk. More recently, sandbags of zeolite were dropped into the seawater near the Fukushima nuclear plant to adsorb radioactive cesium that was present in high levels.

Improves liver function,* probably as a consequence of removing so many toxins that the liver would normally have to deal with. This frees up the liver to do a better job of removing toxins that are not chelated by zeolites (i.e., xenoestrogens), because they do not have a positive charge, or are too large to fit into the zeolite cage.

Effectively removes some mycotoxins (highly toxic compounds produced by molds), including aflatoxin* (among the most potent carcinogens known) which commonly contaminates foods.

Zeolites stimulate the immune system and allow it to return to optimal function by removing various toxins which interfere with hormones and normal immune response.*

Here are the Instructions for properly using Zeolites in a downloadable PDF.
https://www.zeolite-bentonite.co.uk/download/en/misc/instructions_zeolite.pdf

Maintenance Dose: 1-3 level teaspoons 1-3x a day or 1-3 capsules 1-3x per day. Okay and effective to take all at once if you cannot divide servings. Ideally, at least 3 per day. Take with lots of pure water.

Tooth Powder: Add a pinch to your brush and add a drop of essential oil (e.g., neem or peppermint) to create a natural tooth powder blend. Also, mix with bentonite clay for a facial mask or poltice

***NEVER use NANO Zeolite because the cages will not be large enough to uptake much toxic material, 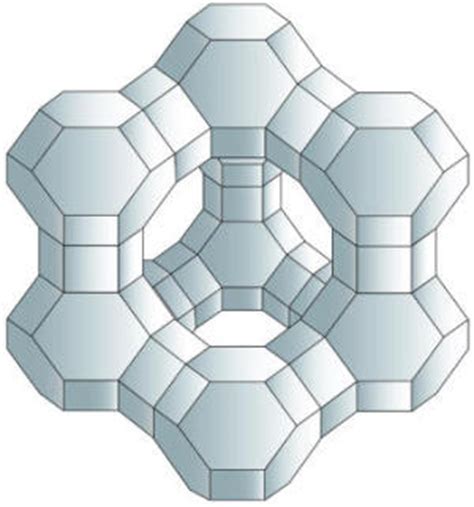 no matter what the company says. They will also cross your blood/brain barrier and have no exit path. They were designed perfectly by nature. Sometimes they call Nano "micronized" but TMAZ is also called micronized so know the difference. The Zeolite MED "ultra fine" powder is NOT NANO it is TMAZ but this powder is already so fine and TMAZ is so expensive I cannot justify selling it.

Warning -- There is an issue with a liquid zeolite scam. Please order a reputable veg-cap encapsulated powder or make your own capsules with the powder. If you do research you will see there are lawsuits against the liquid zeolite makers because they are j90% water and what zeolite is in there is NANO. Zeolites are not water soluble so you cannot dilute them in water or "liquify" them. They do contain very trace amounts of aluminum but they are very stable in your body. In fact, the aluminum is what holds the negative charge in the zeolite molecule to take up toxins and would not work without it. They remove aluminum from the body proven in studies. They will pull toxins out of the brain through the lymphatic system and into the gut where they should be waiting from the lymph to drain, then eliminated  out of the body via the stool. The toxins are locked inside their molecular cages using a negative ionic charge. Do NOT use NANO zeolites or they will be too small to take up the heavy metals!!!  Also, the so-called "liquid" zeolite CRYSTALS are a SCAM. Zeolites are pefect the way God made them without man tampering with them using their satanic technology. If they are made into nano they will cross the blood/brain barrier and pollute your brain instead of mobilizing nano FROM your brain TO your GUT they way they are meant to work in their natural state.
Click here for liquid zeolite lawsuit. https://liquidzeolitescam.com/pictures/WaioraComplaint.pdf
https://bestzeolitesupplements.com/tag/waiora-lawsuit/

*These statements have not been evaluated by the Food and Drug Administration. This product is not intended to diagnose, treat, cure, or prevent any disease.