Edgar Cayce on the Violet Ray

I  sell a Solid State Violet Ray Wand that is very quiet
and has a laser feel to it. It enables you to work in a very focused way
by listening to the sounds of the plasma purifying and repairing your body.
I have 110v plug for US and 220v plug for EU.
You may need an adapter in your country to use the 220v.

The 110v kit with 7 electrodes looks like this inside the box. 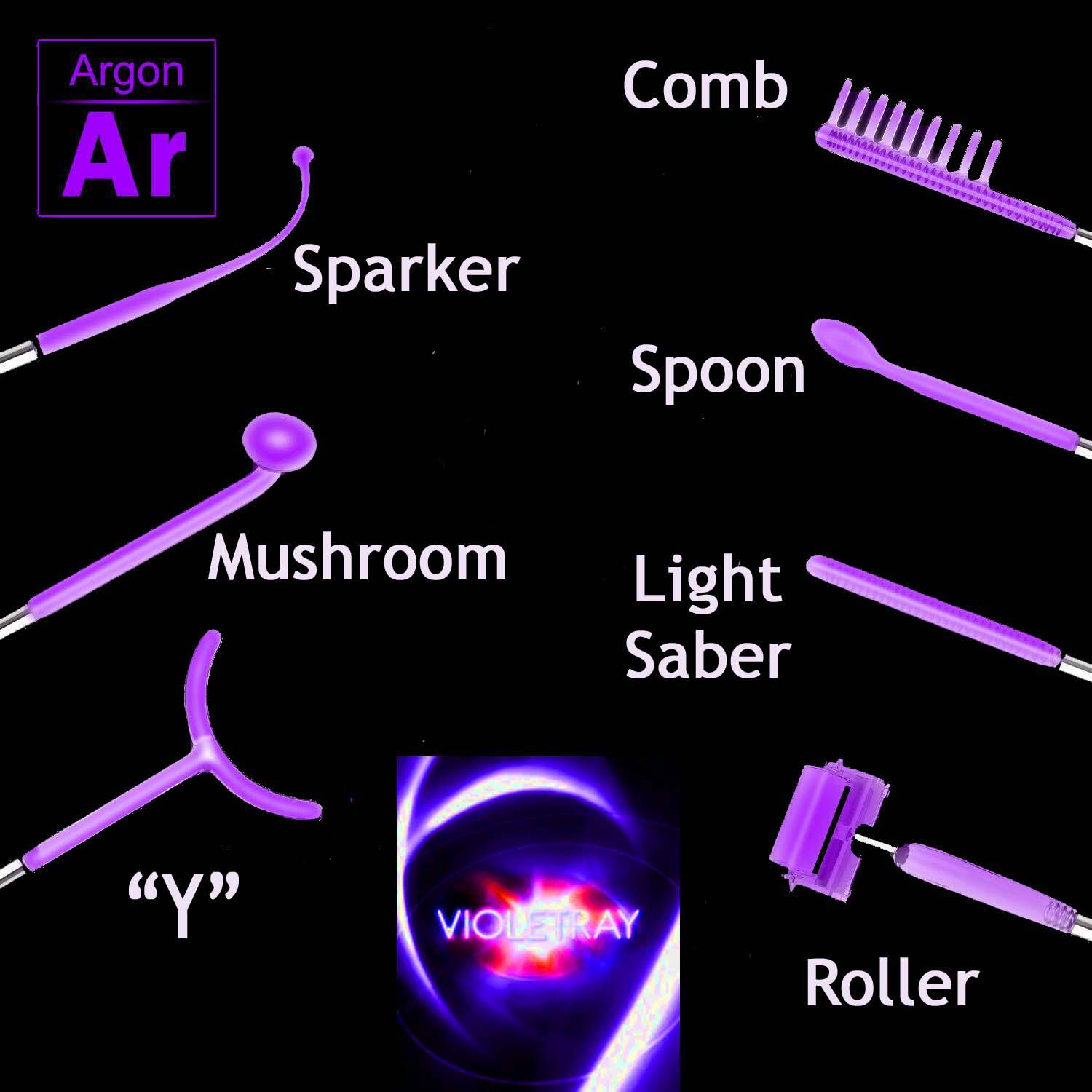 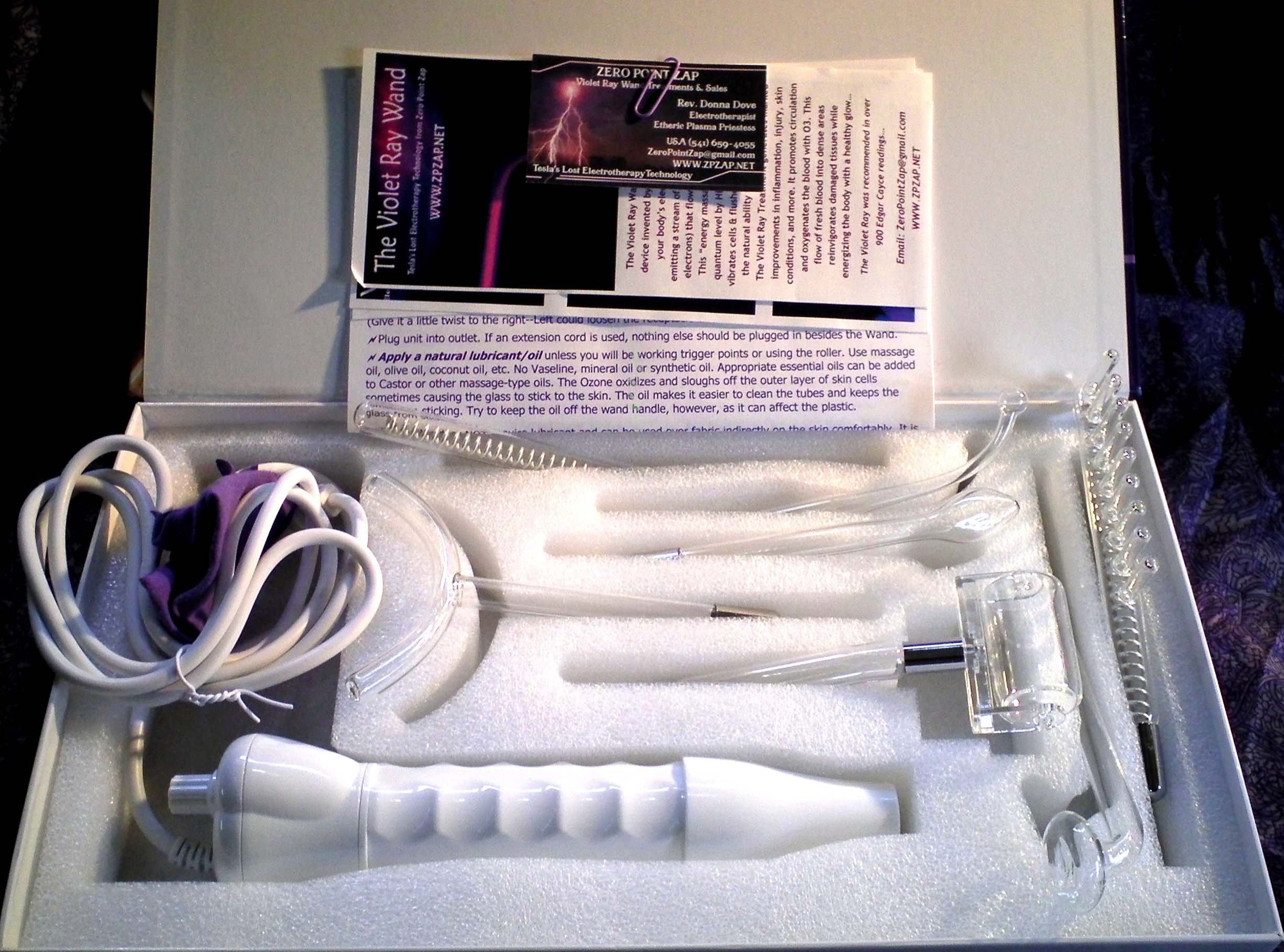 Optional Electrodes can be ordered with your 7-Electrode Kit. You can chose the option on the ordering page for 8, 9, or 10 Electrodes from the Drop-Down menu. The additional electrodes will be included in your box for no additional shipping cost or shipped from the factory, if not in stock. If you order a Sinus, Gingival, Ear tube or a Metal-Tip cautery tool, I will put them in a slot with another electrode in the kit. Please note the Spiral, Double Eye &  Ladies Speciality will not fit into the kit box. You may need another box to store in. There is also a men's vajra ring available. 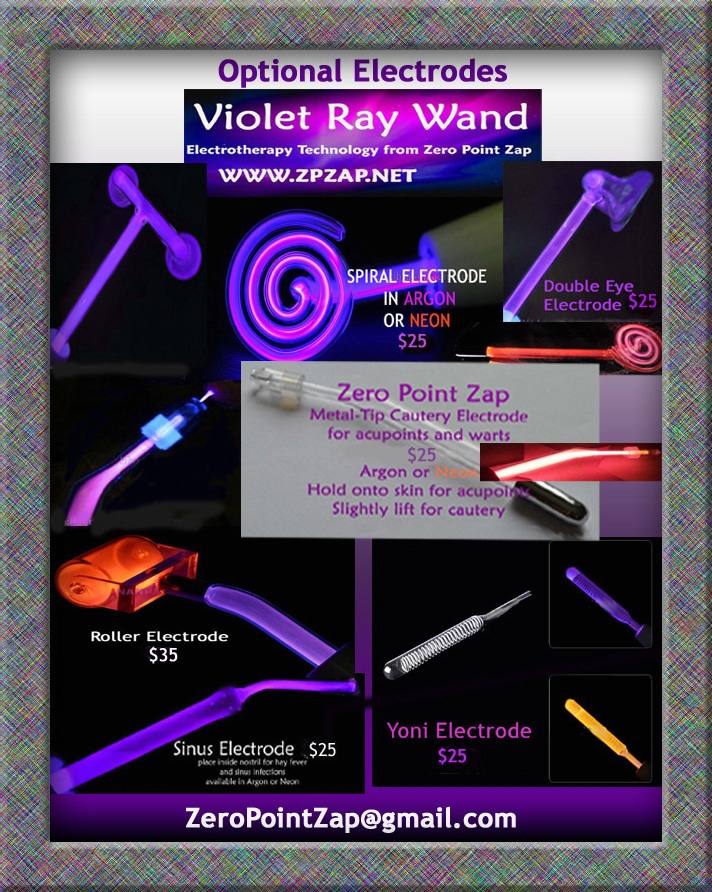 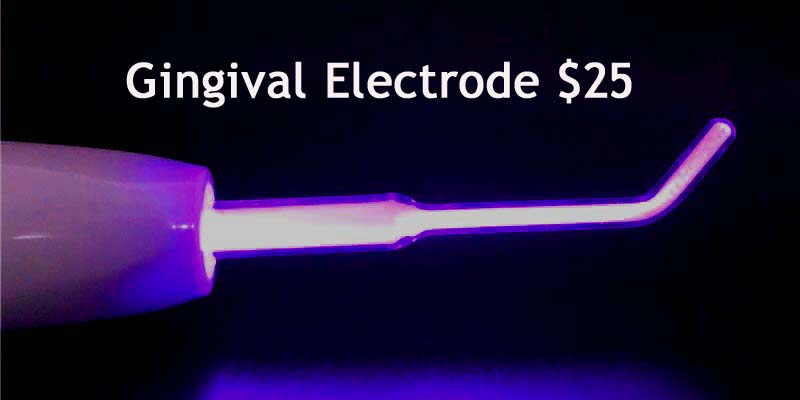 I do a screening prior to sales because this device isn't for everyone. The screening gives me an
intuitive reading and tells me if this device is right for you, how your body may respond it it,
and if you need to take Zeolites for detox relief. At the same time, it gives you some basic information
in regards to potential complications. I do not ship any wands without the screening. I offer long-term
training and support after the sale, included in the price, (in case someone needs support during
detox or is having trouble achieving their goals). This information is kept private and on file for
future consultations. I do appreciate your interest and that you take the time to provide this information.

For All Inquiries, Please Click Here for Client Screening
or Email To ZeroPointZap@gmail.com

This is an image taken with an Oscilloscope Showing
the Scalar Wave of the ZPZAP Violet Ray Wand
The Frequency is Oscillating between 60,000 Hertz* and 200,000 Hertz
(*Please do NOT confuse the 60 Hertz 110v AC INPUT w HIGH VOLTAGE PEMF OUTPUT.
Most people throwing these numbers around don't have a clue what that are talking about.)
The Violet Ray is High Voltage, Low Amperage and contains ALL forms of LIGHT
It definitely contains UV but UV does not penetrate the glass. Sparks have UV & extra O3 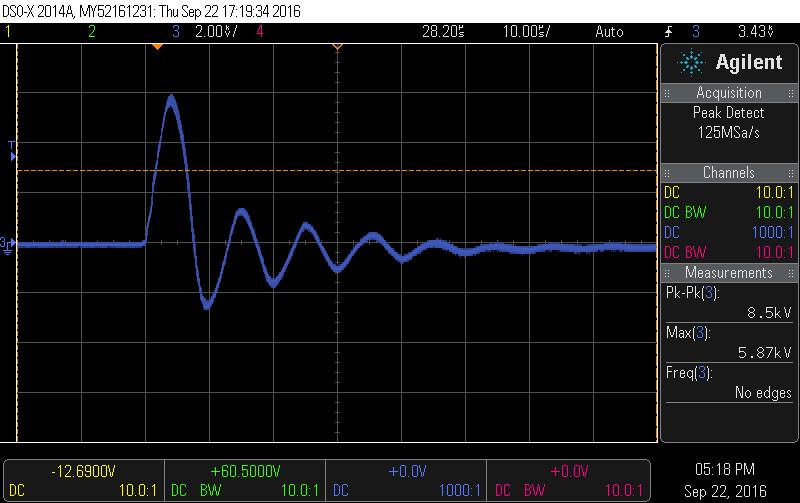 If you don't understand how extreme Voltage Output is NOT the key to healing,
Watch This Video... more is not better... Do it RIGHT...

The Voltage Output of the ZPZap Violet Ray Wand is ~20,000 Volts
but this is NOT the key to healing. Many electrotherapy devices like the TENS Units
run on batteries and are highly effective. I rarely ever even turn my ZPZap wand up to
the High setting on the Intensity Dial and have cleared up a long list of issues.
USING the wand CORRECTLY with the SWEET SPOT is the KEY to SUCCESS 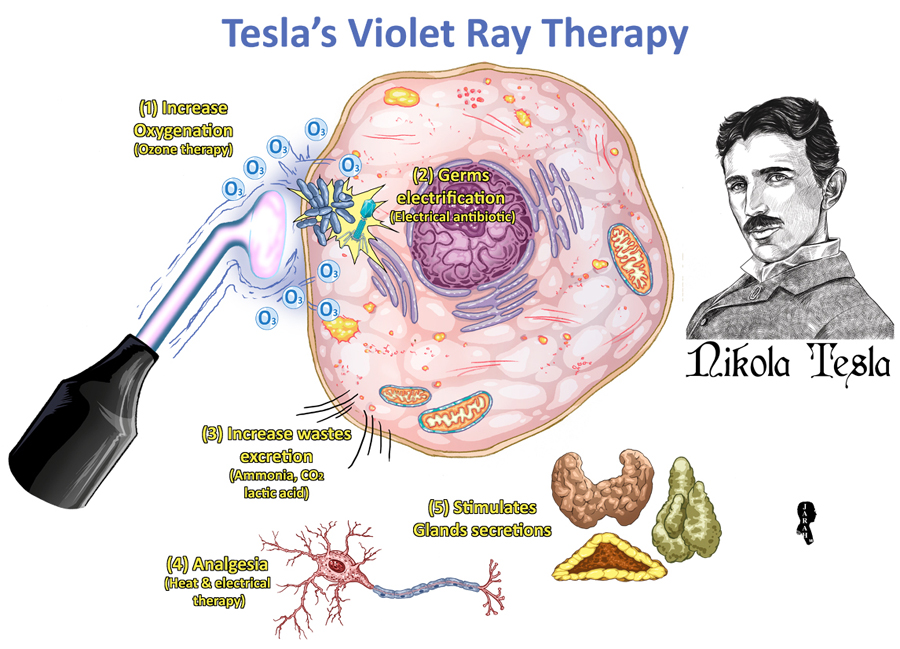 The Violet Ray was originally developed by the famous scientist Nikola Tesla. Tesla was successfully experimenting on disease and rejuvenation with ozone in the late 1800s and early 1900s. In the 20s and 30s, Oxygen-Zone Therapy was used in hospitals, clinics and sanitariums. In the second half of the 20th century, pharmaceutical companies started disparaging all electro-therapies as drug-oriented medicine was taking off under the Flexner Report which banned everything from being taught in Medical Schools besides deadly allopathy`.

Tesla had a hunch that, since his high-potential currents could be passed into the body harmlessly: "these currents might lend themselves to electro-therapeutic uses." He experimented upon himself. When Tesla was struck down in the streets by a New York taxi, he didn’t deliver himself over to the medicals but dragged himself up to his hotel room where, in seclusion and with the help of his own electrotherapy, he recovered from his fractures and contusions. He never patented in electrotherapy but in 1891 began publishing his observations in technical journals, and seven years later we find Tesla giving a speech to the American Electro-Therapeutic Association in which he details with drawings the Violet Ray apparatus he has invented for this purpose, which included a Tesla coil.

The Violet Ray was ultimately banned by a fake doctor commissioned by the Rockefellers & Carnegies named Abraham Flexner. In his Flexner Report of 1910, the stage was set for pharmaceuticals & allopathy with many alternative healing modalities deemed “Quack” thus removing AMA certification from schools who taught these therapies & destroying the doctors who used them. The USA is the only country in the world where Ozone Therapy and Electrotherapy are “banned”.

THE FDA ON THE VIOLET RAY


*FDA Disclaimer: The product and statements shown on this website have not been evaluated by the US Food and Drug Administration.
This product is not intended to diagnose, treat, cure or prevent any disease. It is, however, FDA approved for  dermatological
therapies for oxygenating and anti-bacterial properties, removal of moles, warts, blemishes, spots and fungus on the skin,
as well as restoration of hair growth.

"The vital force is not enclosed in man, but radiates within and around ... like a luminous sphere. It is a radiating essence, and in these semi-material rays, the imagination of man produces healthy or unhealthy effects. But of these invisible causes of disease popular medicine knows next to nothing. Men who are devoid of the power of spiritual perception are unable to recognize the existence of anything that cannot be seen externally. There are some who have learned so much that their learning has driven out all their common sense. Medical science may be acquired by learning, but medical wisdom is the gift of God.” Paracelsus (1493–1541)

If you are interested in purchasing a wand, please click
HERE for the Screening/Orientation and purchasing instructions